Batman (Christian Bale as Batman/Bruce Wayne) is always one of the most recognizable superheroes in the DC universe. Recreated in accurate proportions, Hot Toys is excited to present the true-to-movie creation from our proud DX Series, the Batman Sixth Scale Collectible Figure inspired by The Dark Knight Rises.

Accessory:
- One (1) stone-like diorama figure base with steps, movie logo and character nameplate 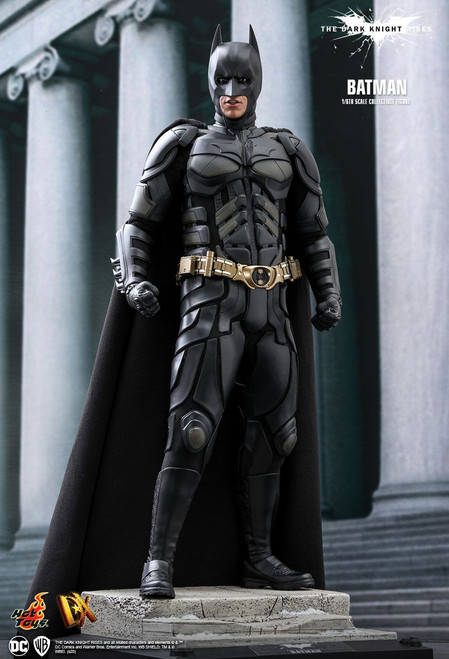