EXO-6  1/6 12" Star Trek Mirror Universe Spock Figure stands 12 inches tall. In celebration of the 55th Anniversary of Star Trek, EXO-6 brings you a very different Mr. Spock, sporting a beard for this portrayal of the Mirror Universe. Every element, from his 23rd century uniform to his Terran awards are authentically reproduced. The original portrait sculpt of Leonard Nimoy as Mirror Spock has an authentic, hand-painted likeness.

Mirror Spock is well equipped for terrorizing enemies of the Empire. He comes equipped with: 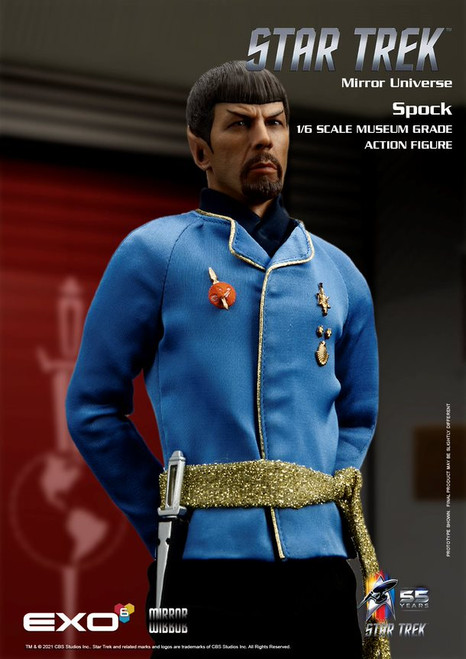